Exciting news and a bit of estate sale loot

Andrew has found a very awesome new job that he loves and is also improving our quality of life in the money department, too! So we took the opportunity to purge his entire wardrobe and get new clothes ( and some for me too, don't worry!)
He hates shopping and I am not really a fan either. We counted back and the last time he got new clothes was two years ago, for his last "new" job, and then two years before that when he started business school, and then... so basically every two years or more. And that wasn't even a lot of clothes.
So we took huge bags of clothes to the Village Thrift  to donate and now be both look much more adult! He of course gets to immediately wear his new threads and I have been on a super boring pants hemming marathon- only two more pairs to go! Sadly, even the petite pants need to be hemmed with the exception of my Gap petite jeans. A 28 inch inseam will do that, but I want everything to be ideal for flats- I am not teaching all day in heals.
That has been exciting for us the last few weeks, plus we went to visit friends in Nashville. I was sick and lost my voice, but it was so fun to see Steph and Steven!
Oh my gosh, plus his new job meant I got to quit working at the restaurant because if I have no income in the summer it is not a tragedy! That is monumentally awesome and now I get to have weekends again like a real person! So we have just been having great fun!
On to my estate sale loot:
This was from a disgustingly decrepit house in Rogers Park. It was so run down and dusty, it kind of makes me sad that an old person was living like that. In the kitchen, there was a hole in the wall by the floor and you could see into the basement.
The advertised sewing patterns and there was some stuff left when we arrived. All of this was four dollars. 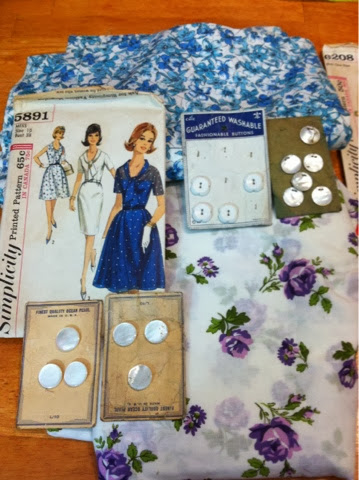 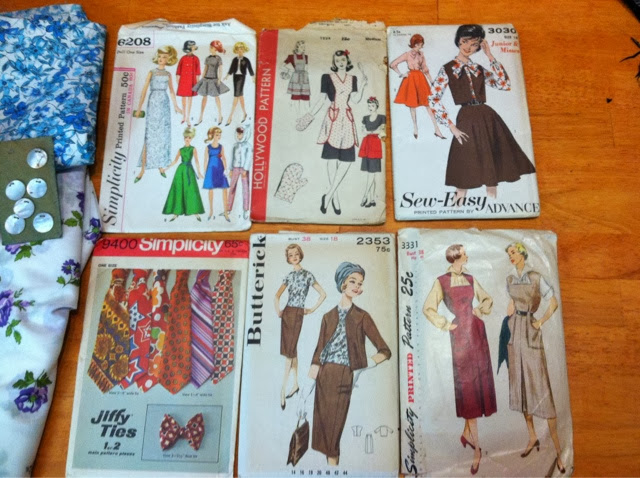 The seven patterns were cheap, so why not? I am going to keep the super cute apron pattern and the ties. The clothes are for a 38 bust and they will be November's giveaway next week. The doll pattern is up in the air.
So that's my life for about the last month! Hopefully I will sew soon, but now I want to fill actual gaps in my wardrobe and not just make crap to make it.
Thanks for still reading! :)
Posted by Molly at 9:26 PM 8 comments:

An Ew to an Adorable Alma Blouse!

After making my failure of a blouse (McCalls 6512), I wanted to salvage the fabric because it was really cute. I got out my Alma and decided to make the short sleeve version, but with the regular round neck. There was just enough fabric to make it work and the floppy bow turned out to be the perfect length for the belt! 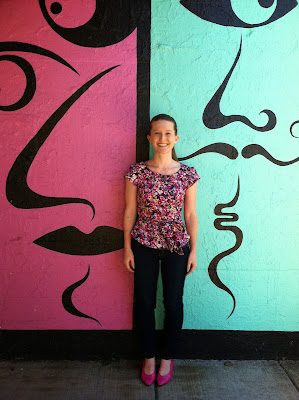 It all came together pretty smoothly. I used a navy invisible zipper on the right side and I sewed it in with a regular foot. I don't have an invisible zipper foot and it's a little visible, but I can live with it. My shoulder was still hurting from my stitches and I didn't feel like doing it by hand. 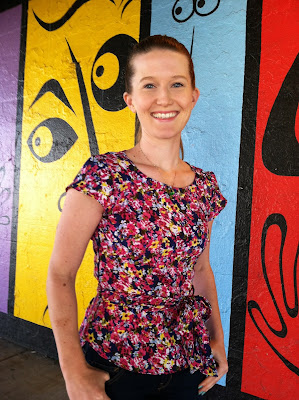 The sleeves are a little more flared than my other short-sleeve Alma. I forgot to cut the notches and then decided to just wing it. I used yellow tape on the neck facing and navy blue on the underarms, since I didn't have enough fabric to cut that piece. 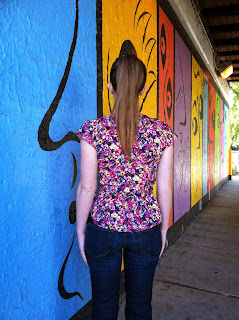 Overall, I am pretty happy with my new and improved blouse! The fit and the style are so much more flattering than the McCalls was. I'm glad I was able to save the fabric!

Plus, I just got these jeans at the Gap and they are a 0 Petite and are actually the perfect length! I was so excited. The sales associate said the petite sizes are only online, but someone probably returned them to the store and that's why they were there. It was MEANT TO BE!

There is some infomercial about a home soda machine and the people are gasping and going "ohhhh fresh soda!" as if soda can be "fresh." It has become a long running joke for us where anything can sarcastically be called "farm fresh!"

However, all of yesterday's stuff is actually farm fresh. We went to Oriole Springs Orchard just over the border in Wisconsin and they had really great apple picking and pumpkins too!

The last time we went apple picking, the farm was small and had been really picked over (pardon my pun!). This place was a lot bigger and there were still tons of apples. 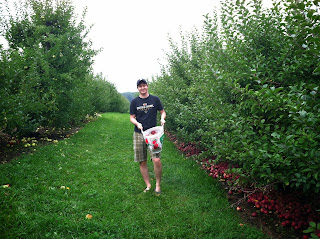 The ones to the right of Andrew were the best, but we couldn't find a sign for them. I think maybe Empire or Jonathan. We also got red and golden delicious and McIntosh. It was fun and a little less than an hour drive once we escaped the traffic near Chicago. 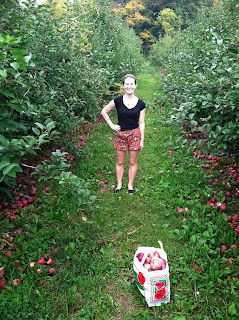 We also got three pumpkins in preparation for Halloween. We might paint them this year instead of carving them. 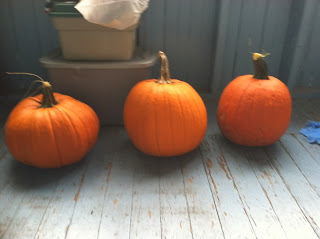 We also got some farm-fresh eggs; they are really cool, some are kind of peach colored and the rest are pale blue! 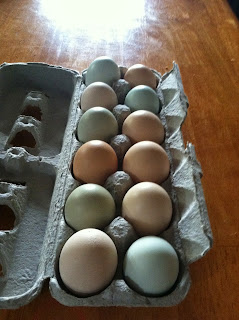 Not really any sewing here. The dermatologist decided I need more of my shoulder cut up because the margins around the mole they removed "weren't clear" so instead of getting my stitches out last Wednesday, I got chopped up even worse. Having only one good arm does not lead to enthusiastic sewing!

However, it is starting to feel fall-like this week so maybe I will make some autumn attire. While searching for my Alma pattern, I pulled out some previous makes that I might want to reuse. At least I know they fit, right?