As I am now 39 weeks pregnant, this will be my final contribution to my maternity "wardrobe" of things I made. I really only ended up making five dresses and three skirts. I was feeling fairly peppy until January, when my favorite thing became taking a nap after work. So not a whole lot going on around here sewing-wise.

I made this from that same pattern, Simplicity 1360, as my other two (floral print here and green one here). This one is a knit from Jo-Ann and it is really static-clingy. I wore this over leggings and with a slip and it still spends all day trying to climb my legs, which you can see in some of the pictures. The floral wrinkles insanely when it is washed, but the print is busy enough to hide it. The green one doesn't have any major problems, maybe since that is the bamboo rayon I bought from fabrics.com?

My only tip for making these is to try it on after you sew the front to the back and really pull and tug on the knot. Most of the time, pulling will open up some kind of gap either above or below the knot that you then need to sew up. Otherwise you end up with a hole directly between the boobs... unless that's what you're going for ;) 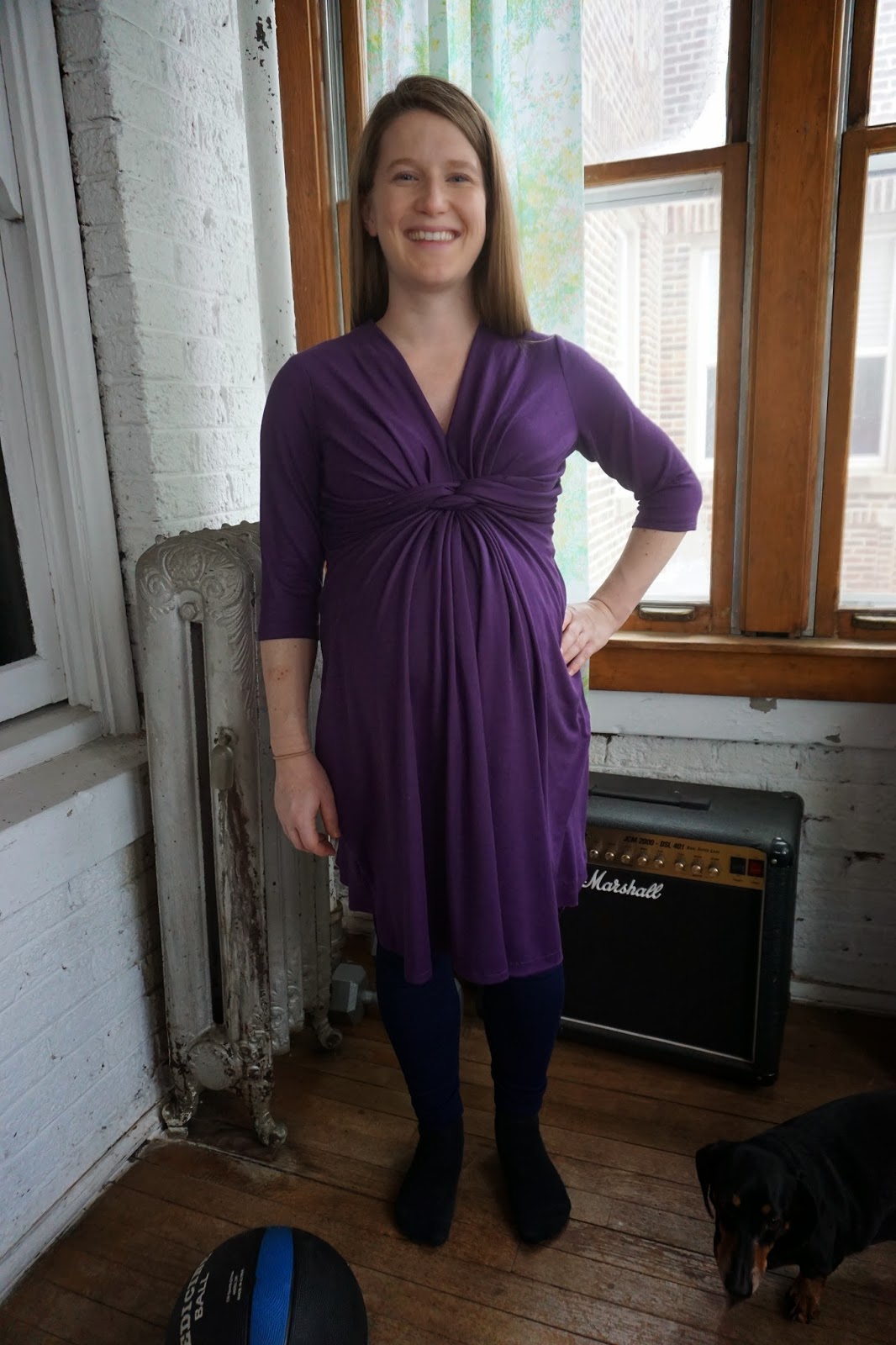 It is great for its expansion capabilities- I can still wear it at nine months and it still has some drape in the front. Less on the sides.
Look at my big baby! 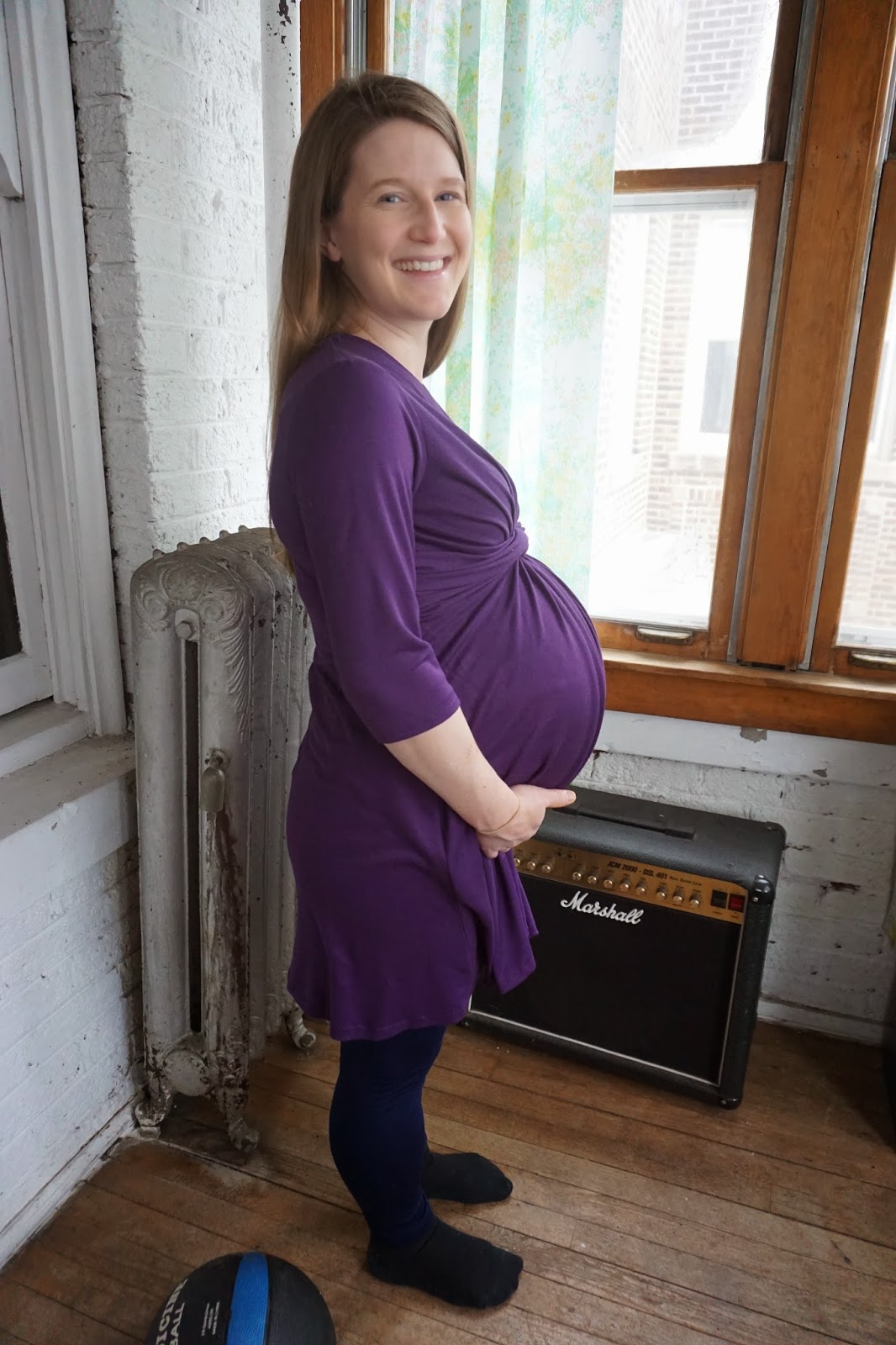 A little bit squishier from the back, but what do you expect? I have gained 35 lbs, which is still in my target range. 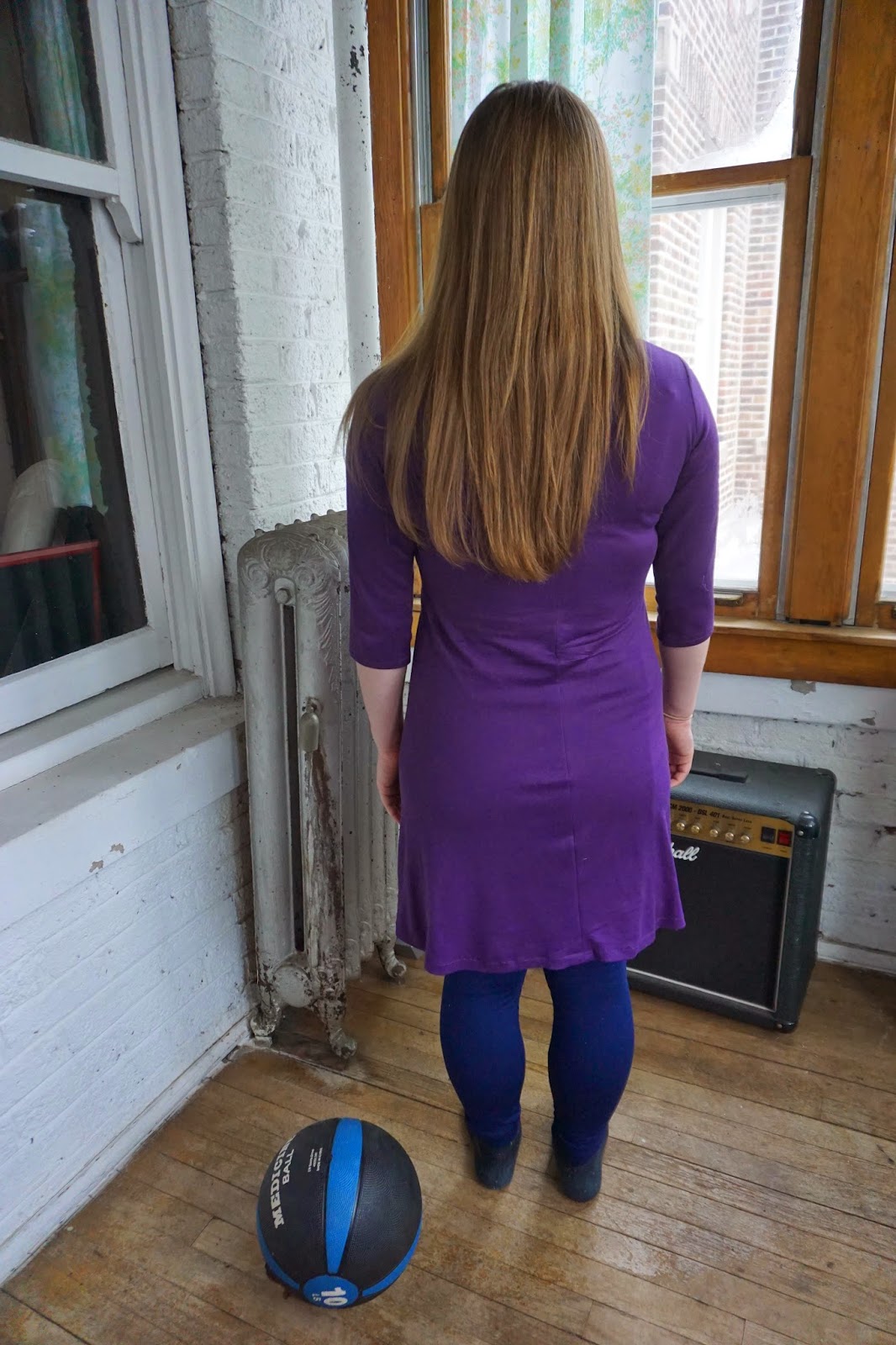 The last few weeks have been really busy and hectic. The baby decided to turn breech about 3 weeks ago and we were trying everything to get him to turn head-down again. Went to a chiropractor, did acupuncture, the moxibustion where you burn incense next to your little toe, laying in all the weird positions from the spinningbabies website, talking to him, flashlight on where you want his head to go, and so on.

Finally we tried the external version on Tuesday, where the doctor pushes on your stomach to try and physically turn the baby head down. That was really painful, but unsuccessful. So unless he magically turns before his due date, we will be scheduling a cesarean soon. Not quite what I had in mind, but I am getting used to the idea.


I have one more week of work (or less, depending on the baby's agenda) and now I am moving on to sewing baby things finally.

I will post a few more things this week, hopefully, but then I might fall off the earth for awhile!! Wish us luck with our new baby!
Posted by Molly at 10:14 AM 8 comments: