Just to post because I made them, and so that I can keep track. Project 3 of January, but items 4 and 5.

I used my same Sewaholic pattern for them and made them at the same time, assembly line style.

It was fast and easy and now I have two more pairs to wear around the house for this long winter...

I have one more January project to post, but I am not pleased with it...
Posted by Molly at 1:06 PM 5 comments:

Sweet baby T-Rex is a wiener dog and boy do they love squeaky toys. He has his little squeaky tennis balls, which are fine because he likes to play fetch after he immediately murders the squeaker. Rarely does a plush toy even last more than 30 minutes before it is shredded and silenced. Once it doesn't squeak, he has no interest at all.

However, he got a toy that lasted a bit longer in his BarkBox, which is a monthly box of toys and treats in subscription form. It was supposed to be "tough" and had a squeaky in each foot and in the torso. It lasted several hours! It looked like a blue cyclops with two legs. 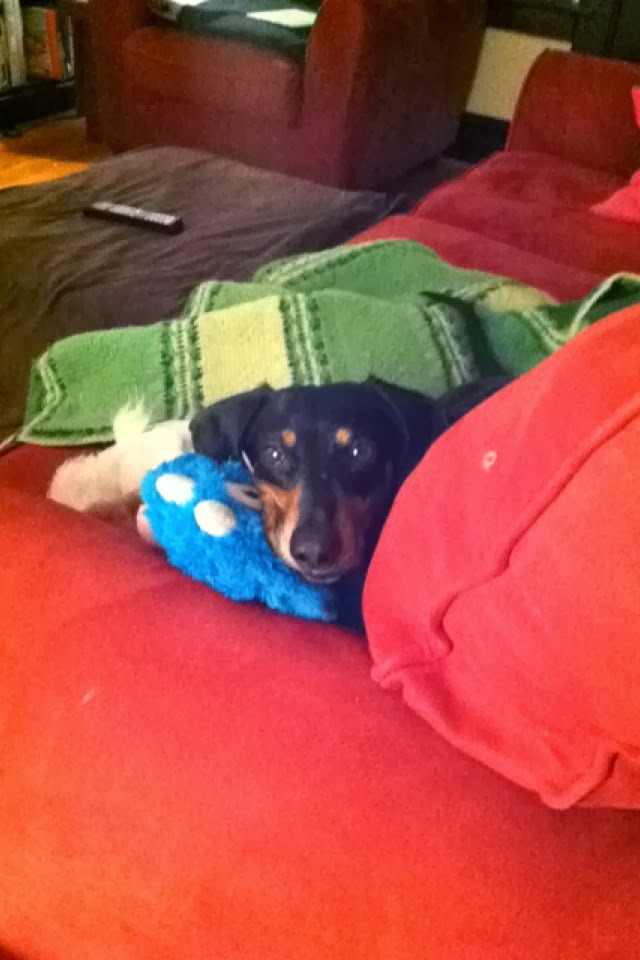 Then, I browsed amazon and found these, which are full of squeakies sewn into squares. Then if he can rip one open, the rest don't fall out. I bought the duck and he had a fun day or two with it. It created a lot of fuzz everywhere. 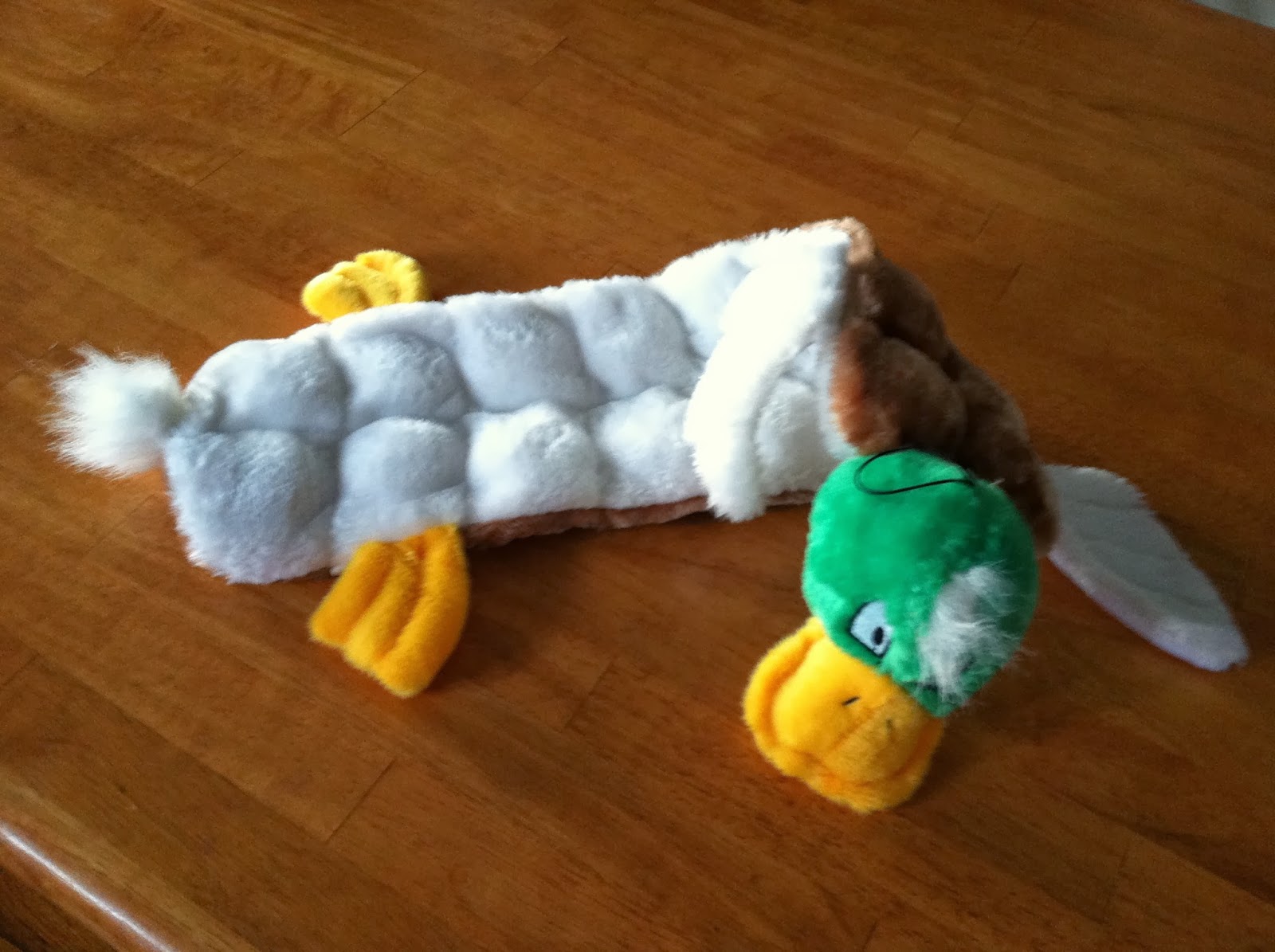 I decided I could make something similar. I bought a yard of fuzzy (but low nap) giraffe print fabric (about 11 dollars at Joann), a bag of batting (4 bucks) and a bag of 75 squeakers on Amazon(about 8 bucks). 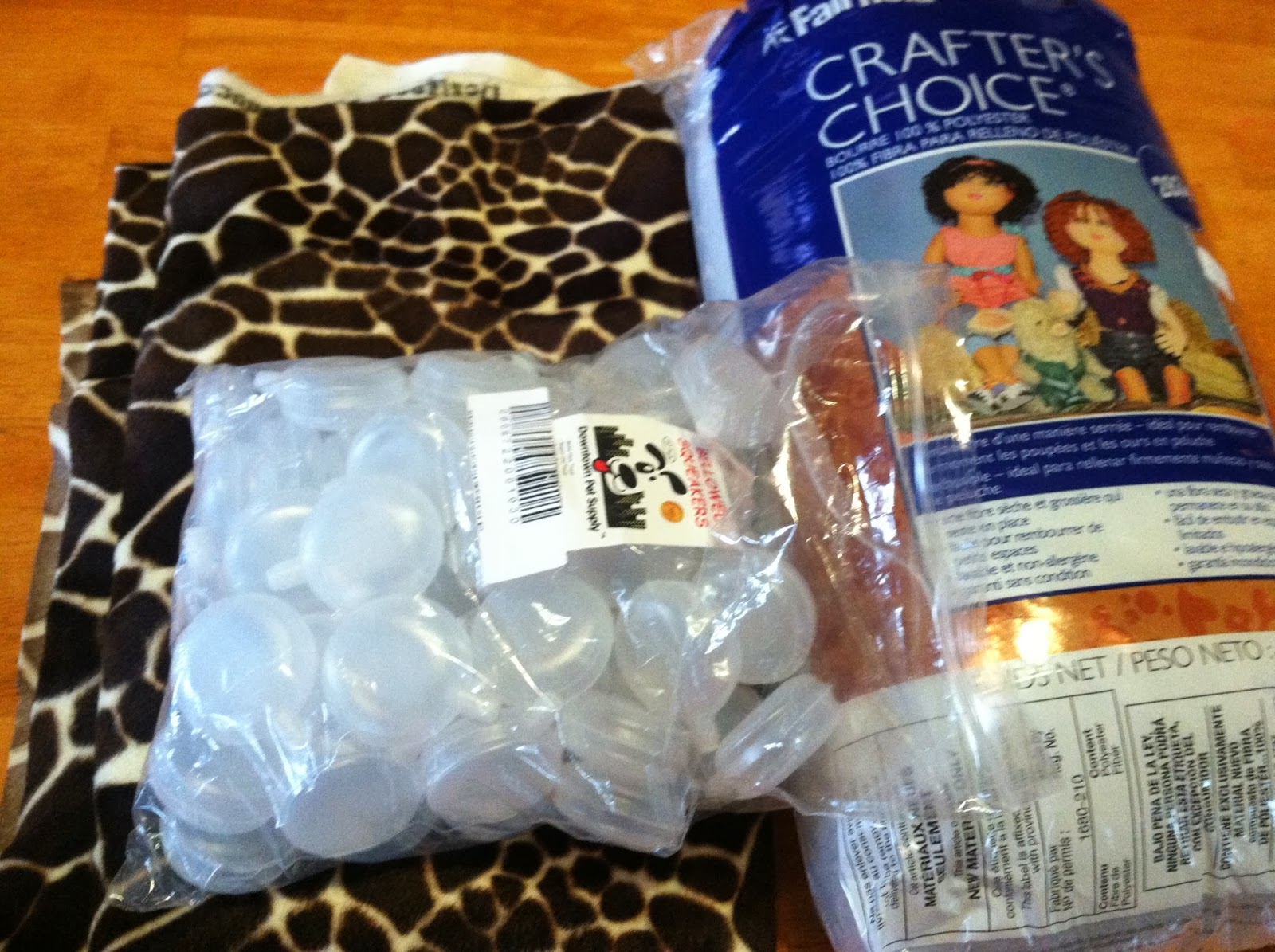 The first one was a successful trial run; it was a big turtle shape with four rows of three squeakers each. He basically went insane and spent an entire Saturday working on silencing it. He got all but one. 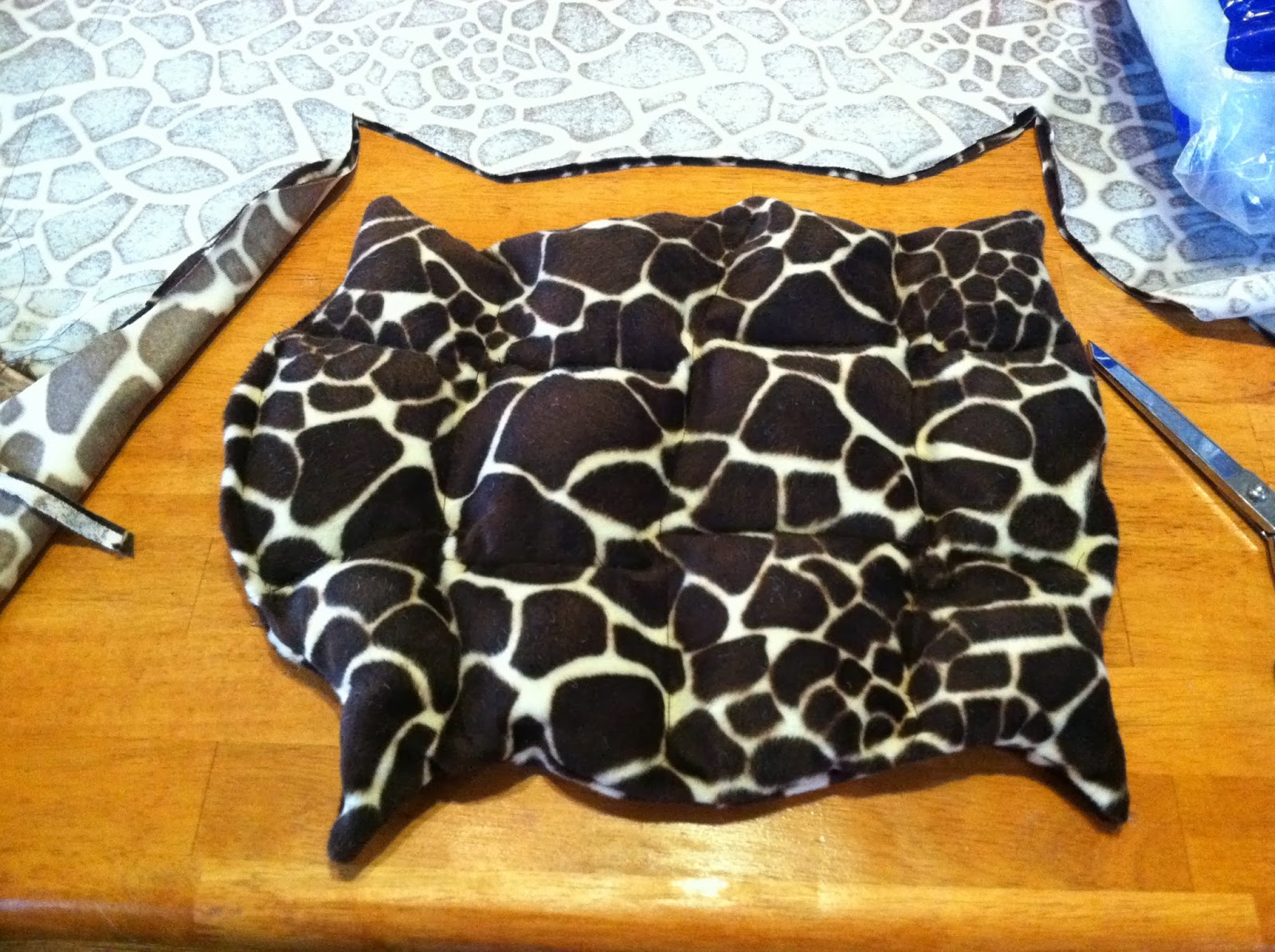 Today, I made a second one shaped like a big doughnut. Now he is napping in exhaustion, with 4/9 down. He was being insane while I was making it; it's like he understood that's what I was going to sew and then he sat and stared at me, and barked, and jumped on my legs and cried. He is so annoying sometimes! I didn't take a picture of it, since it's the same fabric in circle form.

I have enough supplies to make at least two more, from my original fabric, and even more batting and squeaks. So at most each toy is about 7 dollars, and that is if I stop at four. Plus, I can control all of the fuzz and eyes and appendages that he likes to rip off.

I filmed his insanity with the first one and put it on youtube.

So that was my second project/ second and third items for January. I have more things finished, too!