I was on maternity leave for Halloween and Claire is the easiest baby ever, so I was able to sew for a week straight and make Max an AMAZING bird costume! I asked him at least twenty times and he consistently said he wanted to be a bird- which is super impressive for a 2.5 yr old. Then, after I finished the costume and the day before Halloween, he said he wanted to be a dragon. LOL.

Claire was an egg. Makes them theme costumes and super easy! 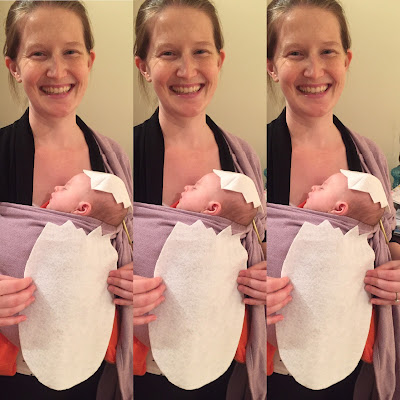 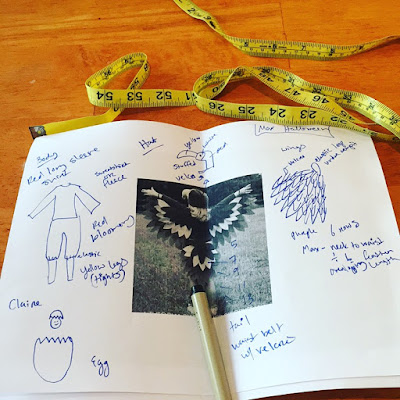 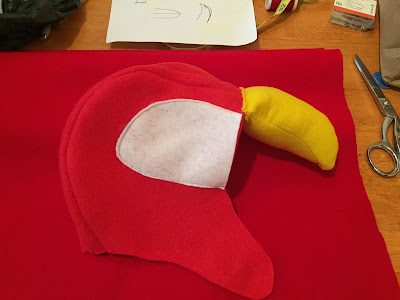 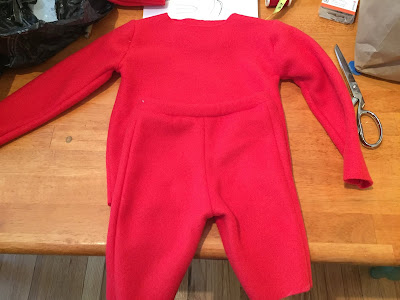 I layered the felt in rows like this and then sewed on continuous seam. This made it so the feathers moved as he walked. 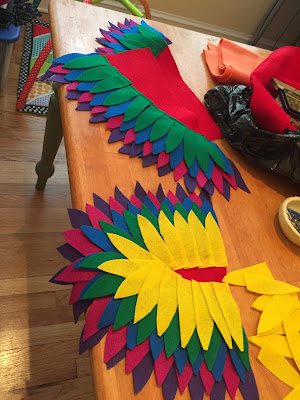 Practice run for a neighborhood trickortreat at shops event. 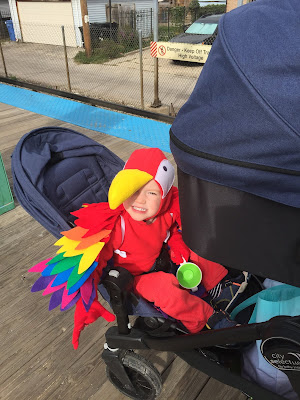 I ordered yellow tights from Amazon, only to later realize that they were coming from China to get here just before Thanksgiving. Hahaha. Luckily, his friend Dia lent us her leggings and saved the day! 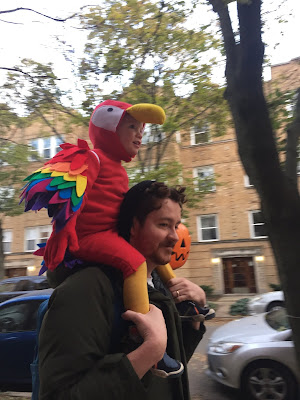 If I were to make it again, I would either source red elastic online or cover the straps so that they don't contrast so much. However, every person we passed while Trick or Treating LOVED his costume and Max was so happy! 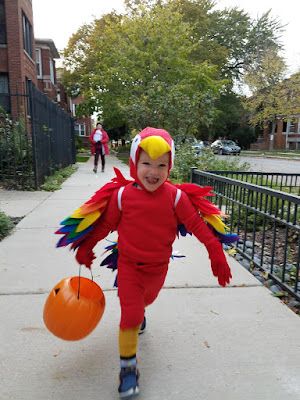 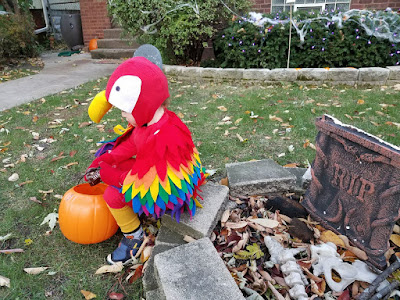 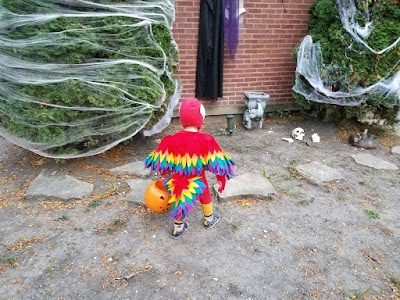 I also bought him matching red gloves, since this is Chicago and it will be chilly or freezing. One year was an ice storm. 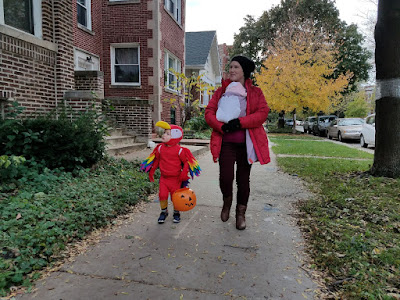 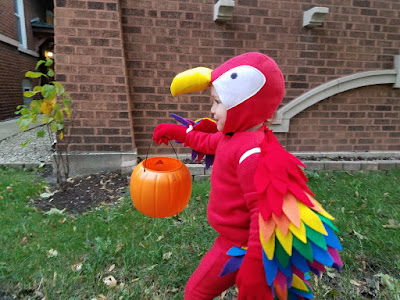 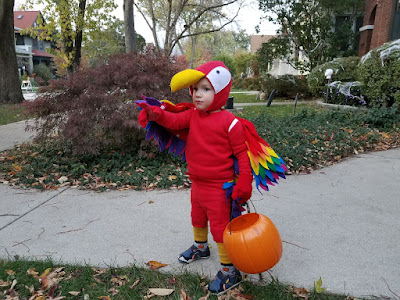 I wonder what he will want to be next Halloween?!?
Posted by Molly at 2:34 PM