I made a skort! Skort!

So, to set the scene, I was laid off due to budget cuts at the end of June. I was very sad, so my BFF Stephanie drove up from Nashville to cheer me up. We had a lot of fun for a week and it made me feel much better! There is a chance I will get hired back in the fall, but I have to apply to other jobs in the meantime...

One day, we went to the zoo in Lincoln Park; I had never been since I don't really like zoos. It was a beautiful day and we had fun. The polar bear was being adorable, playing in the water with his fuzzy ball! Stephanie was complaining about how the cat house is horrible, but she was right. All the big cats were in such tiny rooms and they all looked miserable. After the zoo, we walked to Molly's Cupcakes and ate delicious cupcakes. I forgot to ask if I get a free one for being a Molly. Whoops! 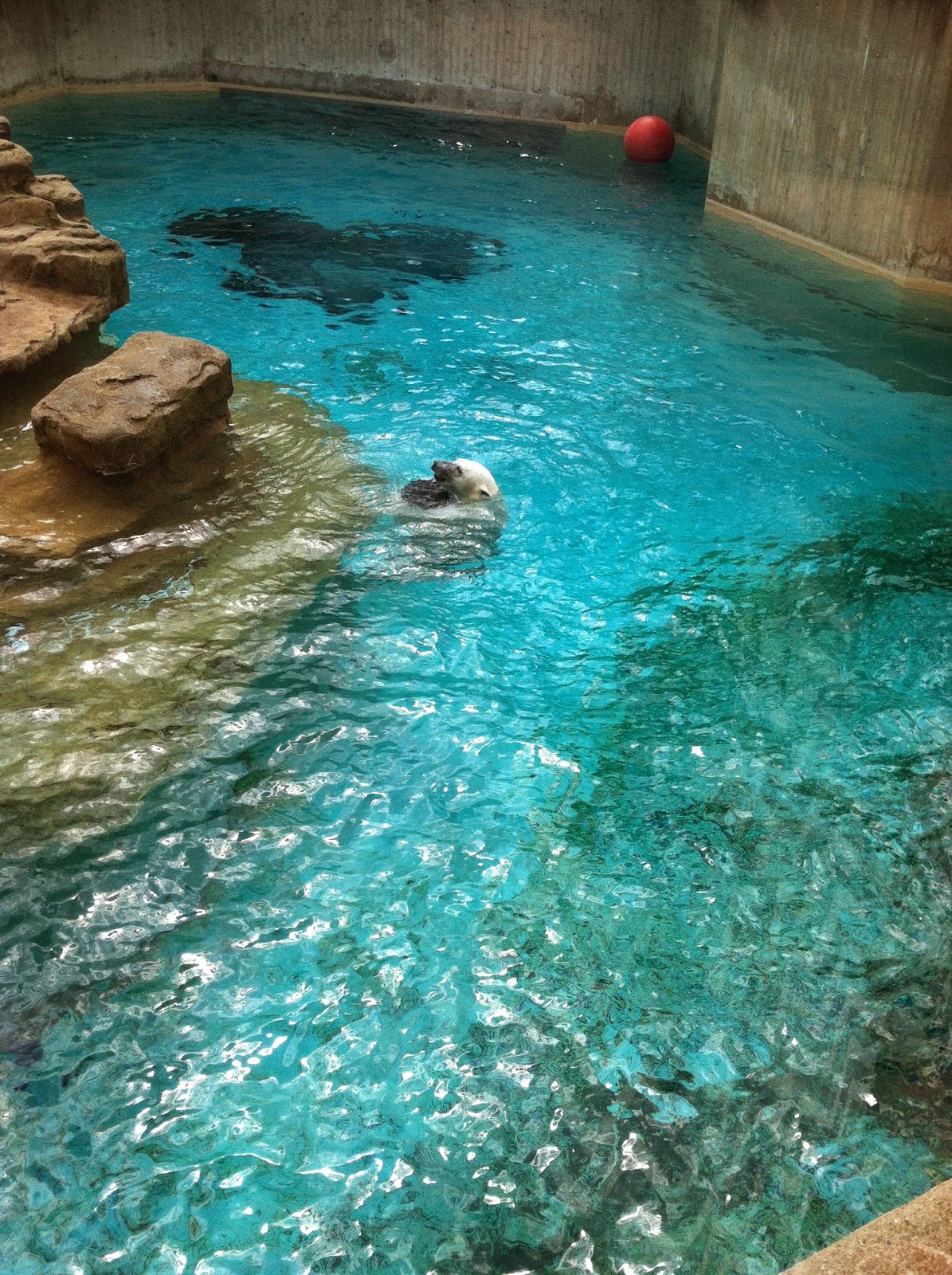 I made the Tania culottes from a PDF pattern. I cut out an XS, but I made it with a knit from Jo-Ann instead of a woven fabric. That made it hard to tell if my problems were pattern related, or Molly related. After putting in the zipper, I had to take in the opposite side seam by at least an inch because they were very saggy. I didn't use anything on my seams to prevent stretching, so that could be my fault. 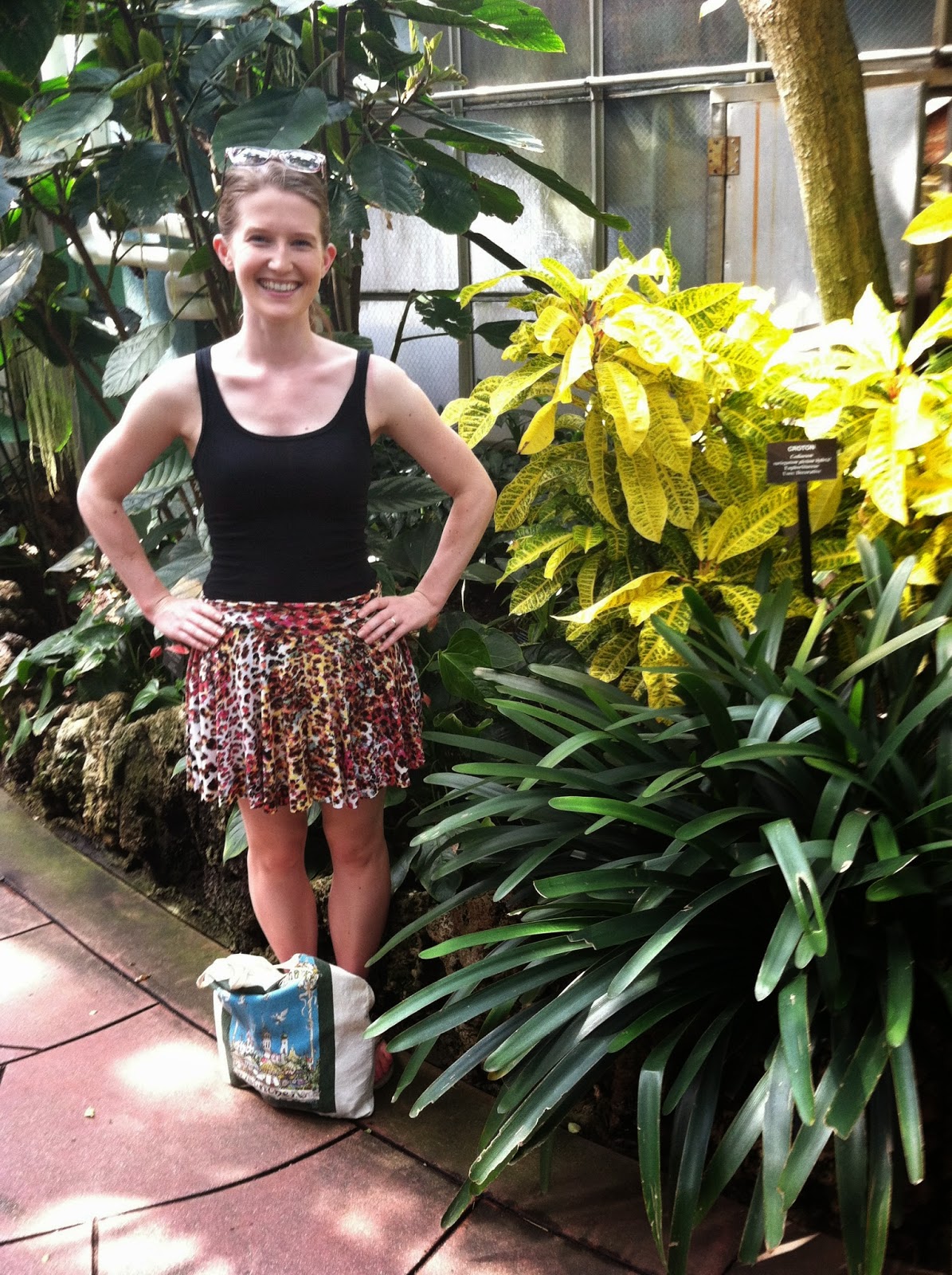 Stephanie claimed she would write a tutorial for her skirt because she bought it at the store, but the lining would always hang out the bottom. So she fixed it by hacking off a few inches of lining. Ta-da! lol We forgot to take pictures. 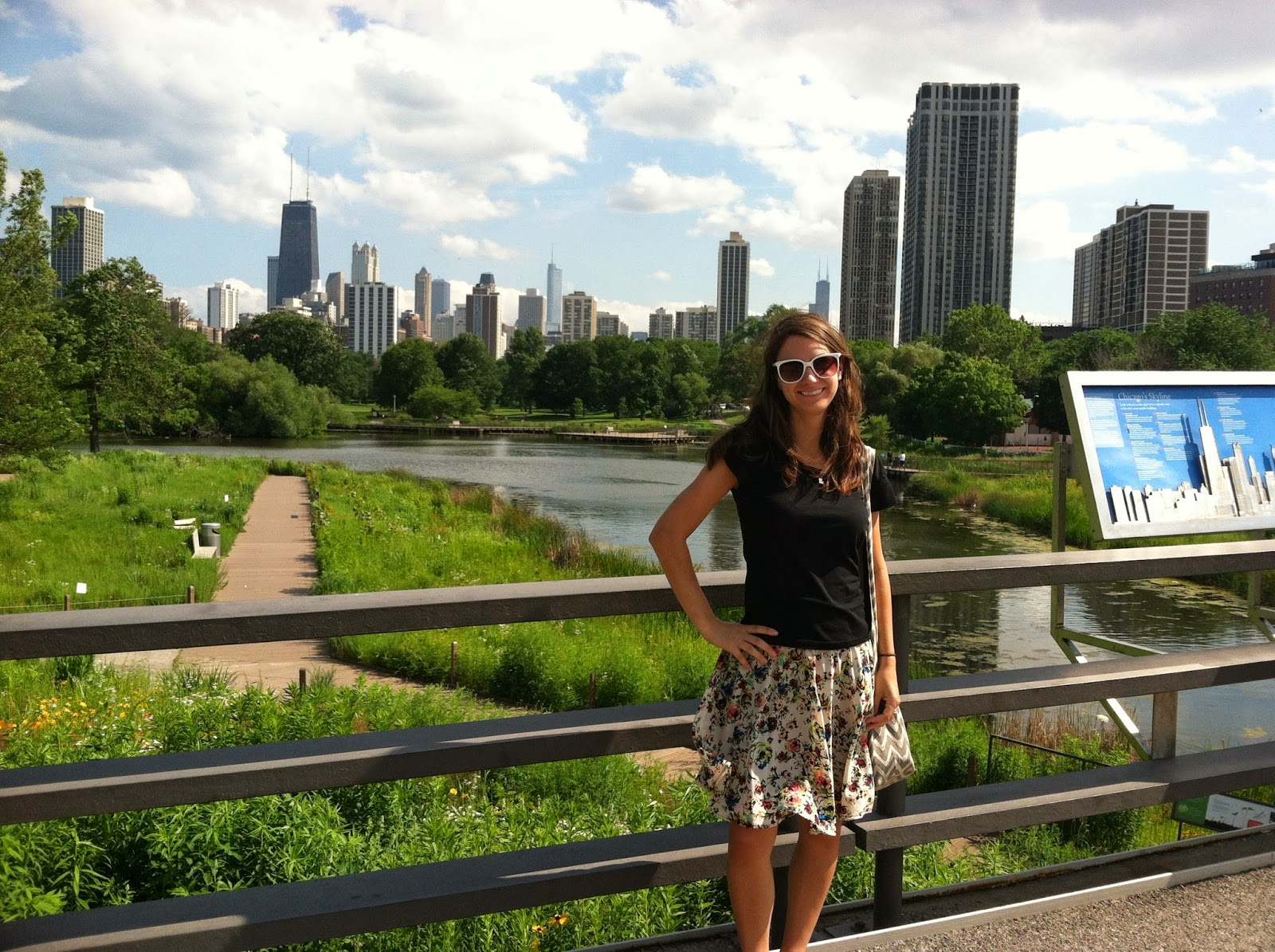 So, everything I had read about the pattern made me afraid they would be super short. When I tried them on they were way down to my knees. I also didn't like that the back was so much longer than the front. I do not have enough butt for that to ever be an issue!

After letting them hang for a few days on my dummy, I trimmed them even with scissors. That took about 45 minutes and numerous tries to get it even. 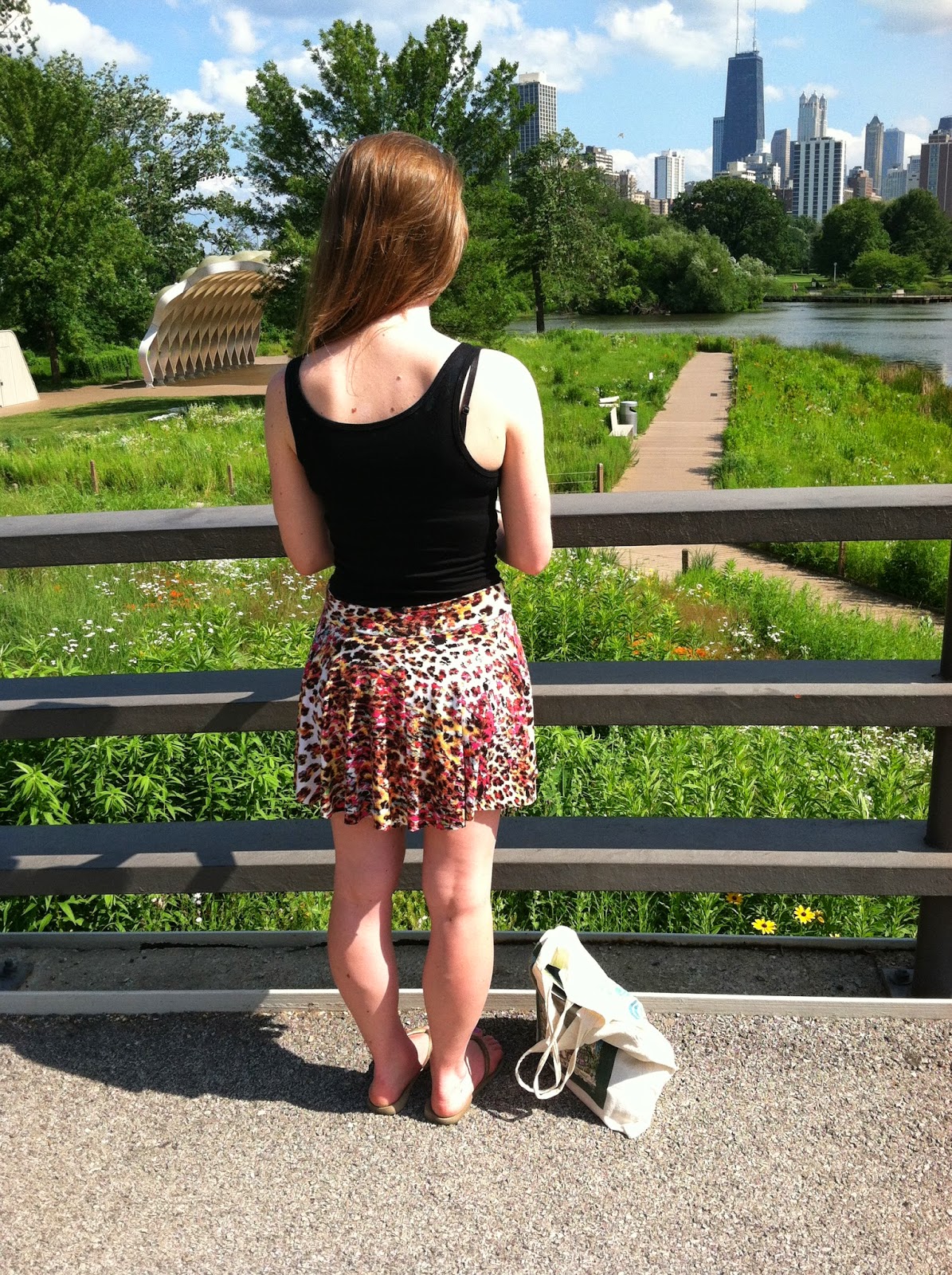 Then they stayed on the dummy for a few more weeks, because I couldn't decide on how to finish the hem. Did I want to get a serger? I was undecided. Did I want to do a narrow hem? I kind of suck at narrow hems, especially on curves and especially x100 with knits. My machine does not do a zig-zag.... In the end, I decided to just leave it unhemmed. It's a knit, it won't fray, why make my life miserable trying and failing?

Close-ups:
The fabric is a neon, cheetah print. 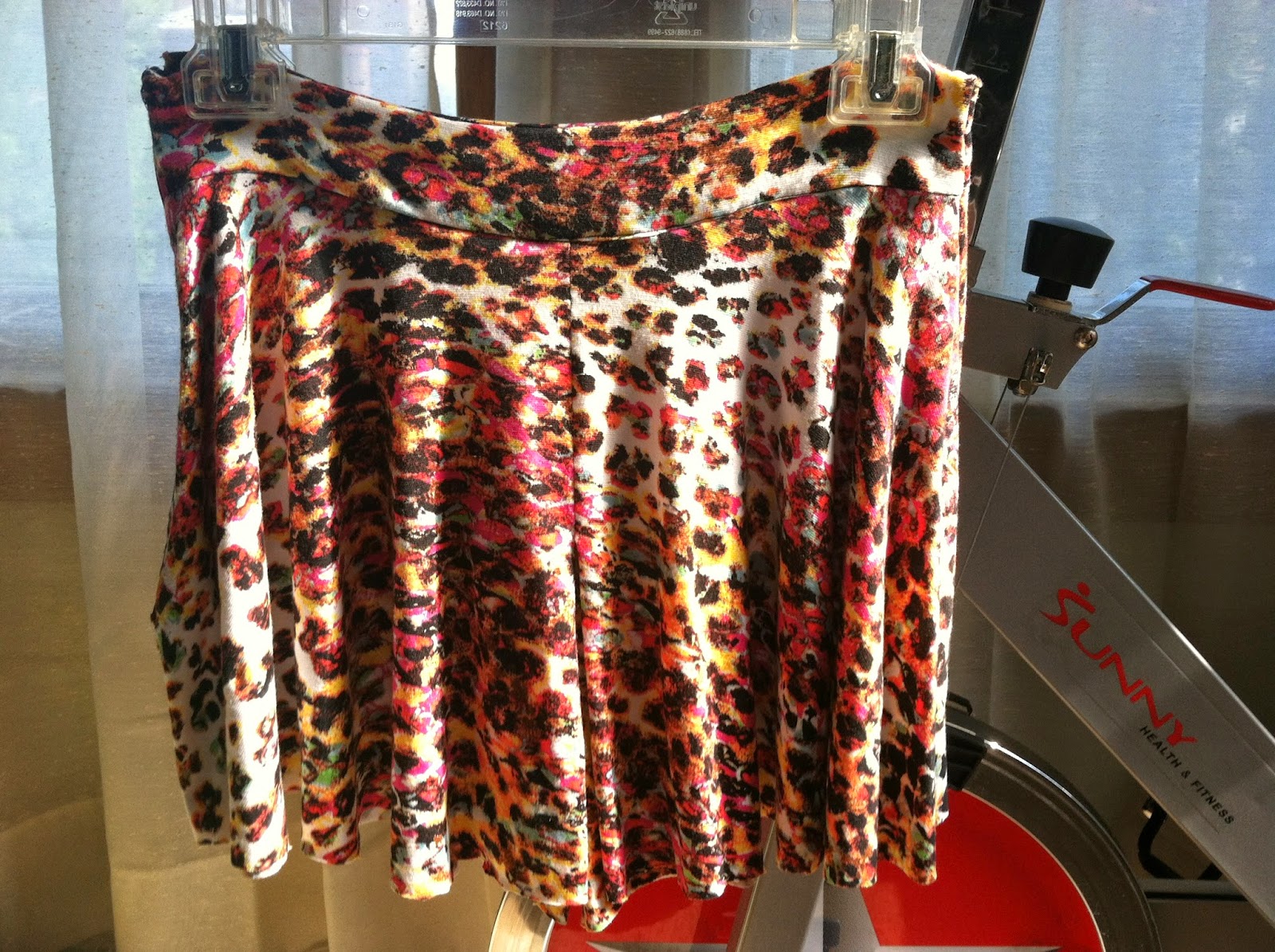 They have the secret pleats (front and back) to make the shorts appear to be a skirt. As a kid in the mid 90s, I remember having skorts. Now I guess it's not cool to call them skorts? Even though that word is so fun to say? 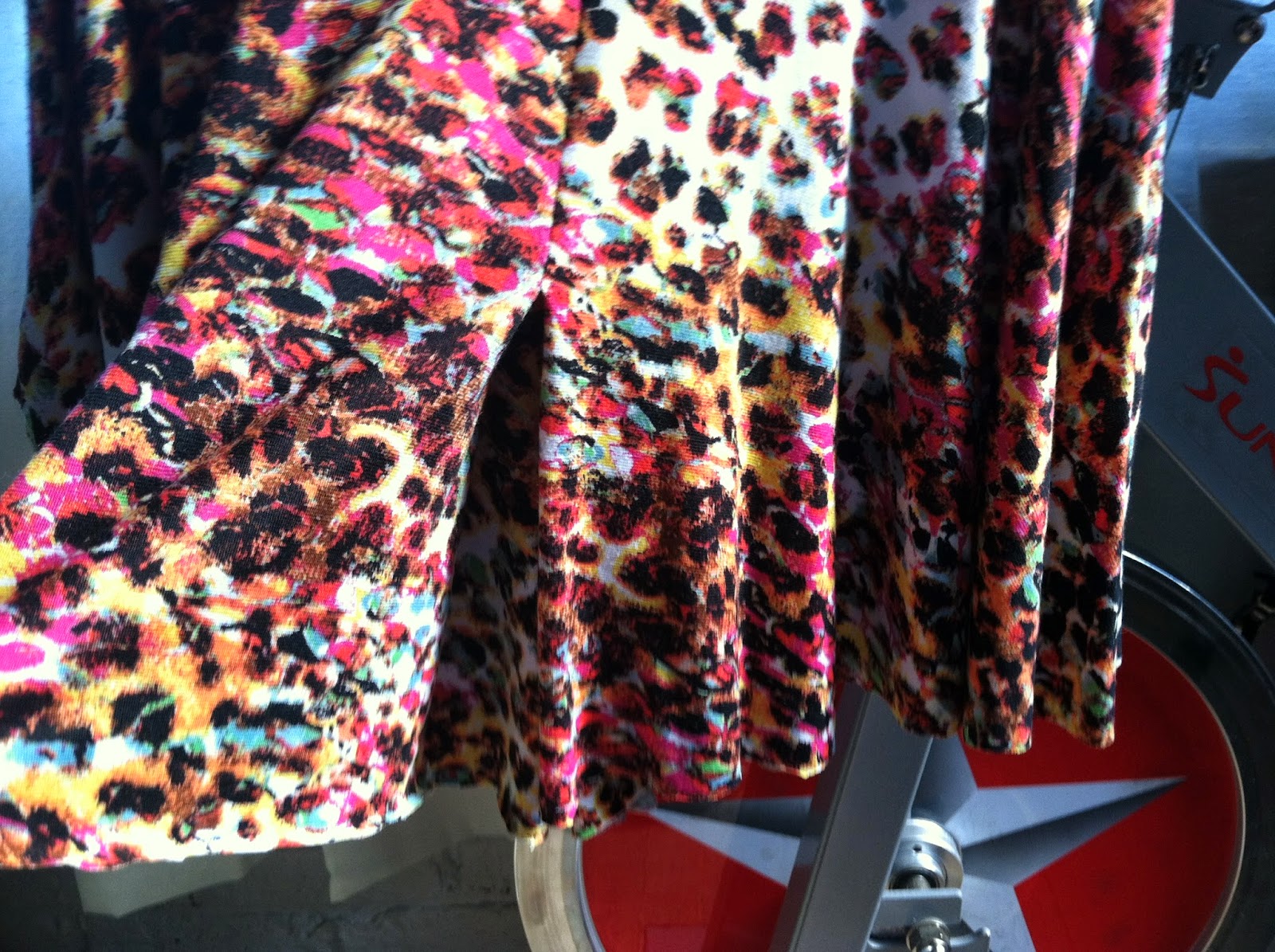 I definitely need a better top to go with them, but I am quite happy with my SKORT!